I’m sure every single one of us has been to a funfair at some point in our lives. For me, the fair coming to town when I was a teenager was one of the best things ever. An evening away from our parents, complete with whatever alcohol we’d managed to illicitly buy/”borrow” from the liquor cupboard, a pack of 10 cigarettes, and a pocket full of change. The world was our oyster 😂

The evening would be spent swigging warm cider, riding the waltzers until we felt sick, eating greasy burgers, and generally feeling very grown up indeed (even though we were the exact opposite 😂) My favourite memory involves one of my cohorts stepping straight off the waltzers and promptly throwing up into the hook a duck stand 😂. We also always came home with a half dead goldfish in a bag that would promptly be chucked in my parents small pond (away from all the healthy fish in the main pond) and quarantined until my dad was satisfied it wasn’t going to wipe out his precious Koi Carp. Sometimes that was a week, and one time, in the case of the forgotten fish, it was 7 years 😂

Over the years though, those warm fuzzy memories have evaporated somewhat, and now, when I see a funfair, I’m hit with instant nausea. The smell of diesel combined with greasy onions and the screams of innocents, turns my stomach immediately. I can honestly say I had no inclination to ever visit one ever again!

The kraken however had other ideas. Every time we drive past a fair she would beg to be taken. I’ve been through every excuse…”the lights are only on when they’re closed”, “they’re just resting the rides”, “you’re too little, you can only go when you’re 10”. They were wearing thin, and she’s not as stupid as she looks 😂 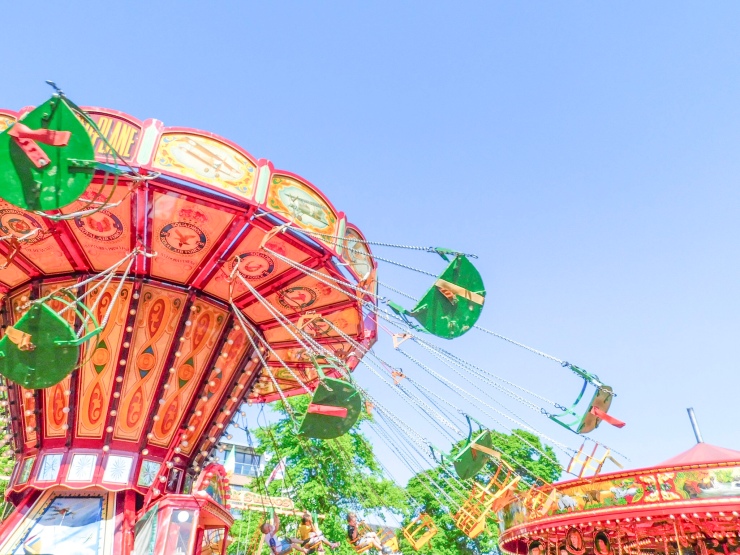 So, when Carter’s Steam Fair contacted me to ask if I’d like to visit them when they were at Pinkney’s Green, and it just so happened to fall on the weekend of The kraken’s birthday, I couldn’t say no really. We packed ourselves off and I braced myself for the nausea. 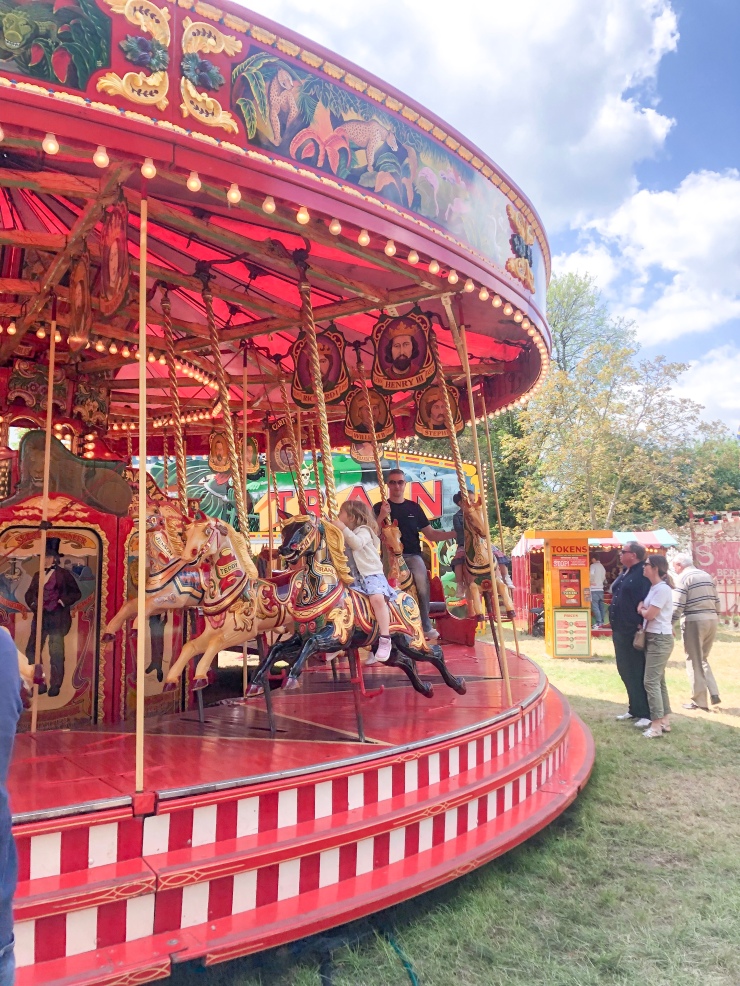 Only it never came! Carters Steam Fair is no ordinary funfair. For over 40 years the family have been rescuing and restoring beautiful vintage fairground rides. They’re all powered by steam, so although there is coal burning, there isn’t that horrible, headache inducing, diesel smell. Most importantly, it is all absolutely beautiful. Most of the rides are in a dilapidated state when they’re received by the family, and they’re all hand painted to be bought back to their former glory. I actually saw that you can go on a sign writing course with them, and maybe learn some of their tricks. I’d do that if I wasn’t so crap with a paintbrush! They’re honestly true artists. A picture doesn’t do it justice (even though I took hundreds!) 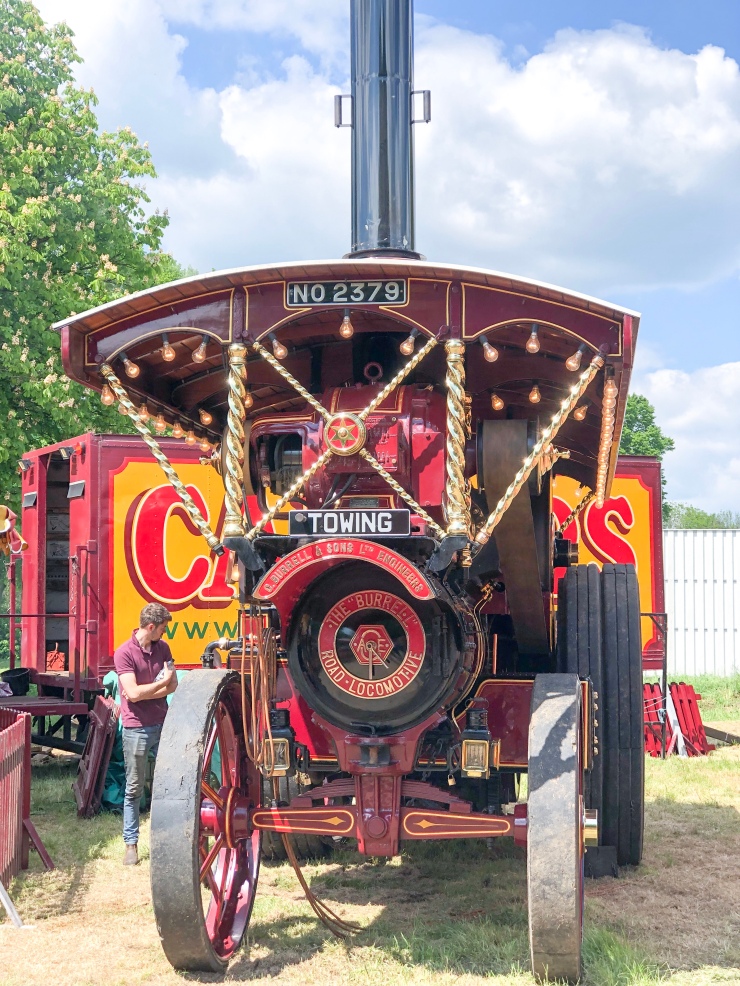 The fair itself isn’t massive, it’s all quite compact, but there’s more than enough to keep you entertained. There a rides for everyone, from ride on cars for the tiny ones, to some god awful rocking boat thing that I wouldn’t be seen dead on, but the boy and his friend said was the best thing ever! I now know that they’re Steam Yachts, and are one of only 2 or 3 surviving examples left. Still wouldn’t make me go on it though 😂 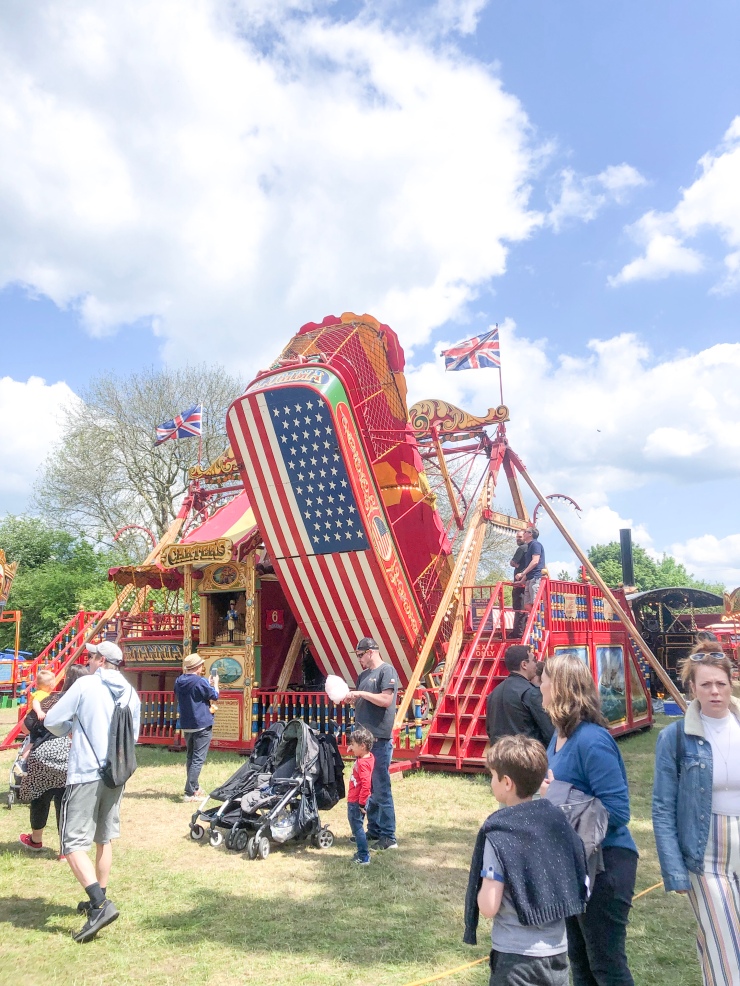 There are the classics too, like hook a duck and a coconut shy. The prizes on the hook a duck aren’t all crap either like at normal fairs. Out of the 4 kids we had with us, 2 won a bigger prize (a cuddly unicorn and a monkey) and 2 won a smaller one (cuddly Shrek key rings ) so the odds are pretty good and it’s worth a go.

Pricewise, I think it’s pretty good. We were gifted some ride vouchers in return for a review, however we took friends with us so we purchased extra vouchers too. I think we worked out that between 8 of us we would have spent around £100 (so £50 per family) but that included hotdogs, candyfloss, drinks, hook a duck, and quite a few rides for each of the children. I think that’s pretty good value for a few hours fun. At this particular venue they also have a free firework display on the Saturday night, so you get extra bang for your buck!

The fair travels throughout the summer, so if you find it’s near you at any point, then I definitely recommend you go. Proper good old fashioned fun, and just for a few minutes you can stand and listen to the 50’s music and pretend you’re an extra in Grease! 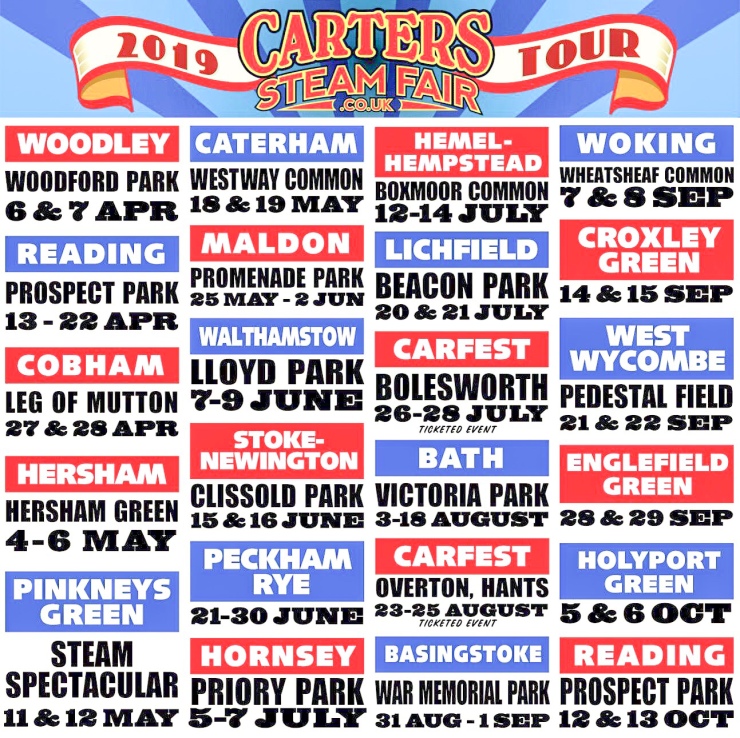 You can read more about Carter’s Steam Fair here. Or find them on social media on the following links